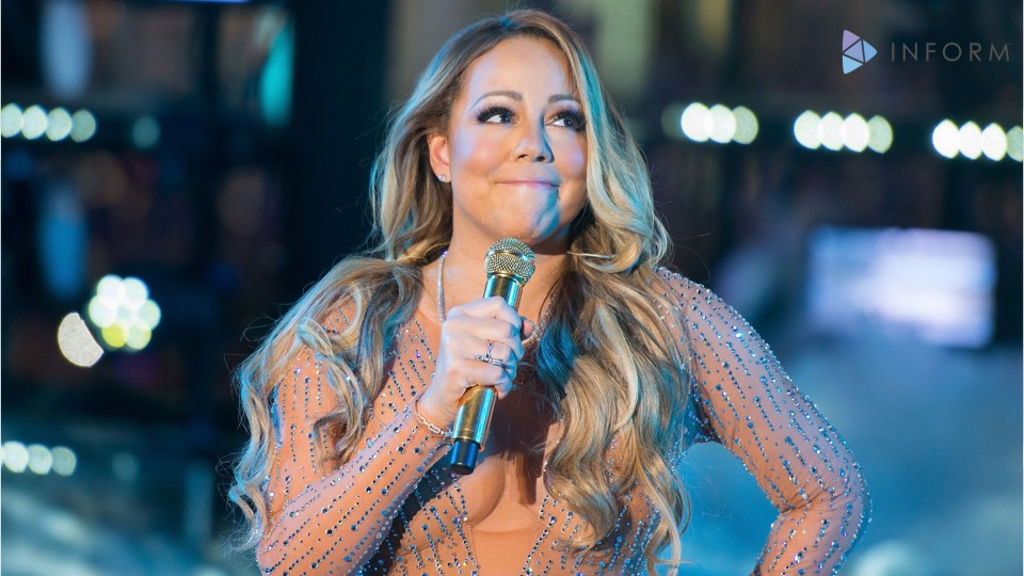 To quote Mean Girls, “everybody in the English-speaking world” watched Mariah Carey’s lip-synching mishap on Dick Clark’s New Year’s Rockin’ Eve with Ryan Seacrest. It was an utter train wreck. It was the worst case of secondhand embarrassment I have felt since Emma Nelson got her first period in season 1, episode 9 of Degrassi: The Next Generation. No matter where you stand on the issue (and let me tell you, people are divided), I’m sure you can agree that we learned a whole lot about show business on the fated last minutes of 2016.

It is indisputable that shit hit the fan during Mariah Carey’s three-song performance. We know that Mariah was lip-synching and there was some technical malfunction with her in-ear monitors. From there, it’s he said she said. The fact that she was lip-synching was not the inherent problem. During large-scale, outdoor, televised performances, lip-synching is often necessary in order to ensure that the audio is consistent throughout the broadcast and for the live audience that has been standing in the same spot since 3am and has resorted to urinating in coffee cups and adult diapers. Performers are able to soundcheck much earlier in the day, but not immediately preceding their performances, so it is an audio nightmare. The fact that Mariah was lip-synching has nothing to do with the fact that she doesn’t have “it” anymore. (Whatever “it” may be). Society already has this perception that aging is the worst possible thing any woman can do, and we do not need to perpetuate this stigma. Mariah Carey can sing. That is a fact. Now, while I was expecting Lindsay Lohan to show up and break out in, “What a bright time, it’s the right time, to rock the night away,” unfortunately stuff like that only happens in movies. (See what I did there with another Mean Girls reference, eh?)

A few hours later, Mariah Carey tweeted “shit happens” and we thought the whole godforsaken thing was over with. It could have ended there, and we wouldn’t still be pining over this nearly a week later. However, this is America, and we have to assign blame for everything because we’ve all watched at least one episode of Law and Order: SVU. The next day, Mariah Carey’s representatives said that Dick Clark Productions “set her up to fail.” Mariah herself stated that Dick Clark “would not have let an artist go through with that.” Now we all know that defamation is more serious of an accusation than rape in this country, so Dick Clark Productions immediately went into damage control. The company stated, “To suggest that dcp … would ever intentionally compromise the success of any artist is defamatory, outrageous and frankly absurd. In very rare instances there are of course technical errors that can occur with live television, however, an initial investigation has indicated that dcp had no involvement in the challenges associated with Ms. Carey’s New Year’s Eve performance. We want to be clear that we have the utmost respect for Ms. Carey as an artist and acknowledge her tremendous accomplishments in the industry.”

New Year’s Rockin’ Eve co-host, Jenny McCarthy later added on her SiriusXM radio show that, “I do understand our egos of course want to blame everyone but itself for mistakes, but I literally had a visceral reaction to her saying that Dick Clark Productions did this on purpose and for ratings. If Dick Clark were alive today, I guarantee he would be on air right now fighting back. He’s not, so I’m going to.” Ryan Seacrest broke his silence yesterday on his On Air With Ryan Seacrest radio show by saying that, “We are in the business of wanting people to look good and, believe me, tricky things, tough things can happen. It happens on live television. You’ve seen artists before in a concert pull out their earpiece because something happens. Something could have happened in the ears. I wasn’t in those ears. It’s just unfortunate that it comes to all of this.”

There you have it. Ryan Seacrest rode in on his white horse to tell us that shit happened, it’s over with, it wasn’t sabotage, and that’s show business for you. The show goes on, life goes on, and 2016 ended at the appropriate time.